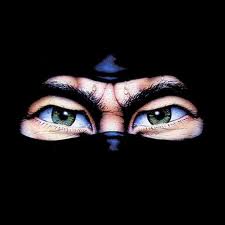 Recently I was researching body language and eye movements as it correlates to reactions in a conversation or aggressiveness. Here are two tips that relate to possibly seeing some insight into someones eye movement:

Ask a person a question and see if their eyes go up as they conjure up an answer. Some training experts say if they look up and to  the right they’re probably lying; if they look up and to the left they’re telling the truth. It’s not quite that simple, says Navarro. “A lot of  myths exist about lying and eye direction. We look in certain directions according to how we process the information, which varies from person to person.” Some people look down when they’re dealing with emotions, but it’s not universal. Looking up and around doesn’t necessarily mean that person is lying, it simply shows they are processing information, says Navarro.

Can you catch someone lying in “the blink of an eye”? Quite possibly. We blink less in some situations (e.g. reading, daydreaming and working at the computer) and more when we’re under stress — and when lying. Most people normally blink between eight and 21 blinks per minute at rest. Watch someone like Lance Armstrong being interviewed and you may see him blink much more when responding to the tough questions, says Navarro. “But you can’t call everyone a liar just because their blink rate goes up, however.  Bill Clinton blinked over 92 times per minute during his deposition, which was a reflection of the stress he was under.” Factors such as dry air and pollen can also increase blink rate.

Very interesting, not to put it into practice tomorrow!!