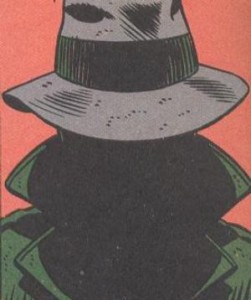 As a Ninjutsu practitioner your daily Habits can play against you. Remember, no person acts truly at random, and no person has truly infinite resources at their disposal to be completely random. But yes there are steps to help you prevent an attacker from creating a plan of attack based on your day to day habits.

Let’s start with something as mundane as your commute to and from work each day. You jump in your vehicle, pull out of the driveway and head out to the main drag only to stop at your favorite Starbucks or Dunkin Donuts each day. Oh yes and they do know exactly what you order when you step in….this should tell you something! So you finally arrive at work, pull into your spot and start the day.

So now reviewing this everyday occurrence, do you see an easy pattern that would allow an attacker to key in on your habitual travel route? Or even your favorite local coffee stop? Now let’s do some ninjutsu skill development exercises:

1) Get a map of your local area which covers your route to work.

2) Mark out your daily route in red highlighter including where you stop (if you do) for coffee each day.

3) Reviewing your map, determine 3 alternate routes to and from work and mark them in Blue highlighter

4) Pick a day and drive each of these routes, also noting any places you may want to stop for coffee, gas etc.

5) You should now have 1 primary route and 3 back up routes.

By just changing this most basic of habits you have become more unpredictable than 98% of the people around you!

In the past I use to work in a major metropolitan city which I thought had only 1 major way in and or out. After being caught in a major snowstorm which left me on the road for 7 hours, I determined that would never happen again. So I followed the exact lesson above and detailed 3 alternate routes out of the city, 4 routes to connect to the highway and 1 surface street route paralleling the main highway in case it was blocked. The next major snowstorm’s result? I was home in 2 hrs and 30 minutes, while a most people around me were trapped for 6+ hours on the highway!!!